How to De-Risk Your Innovation Strategy

This is a guest article by Jan Kennedy, CEO and Founder, Academy for Corporate Entrepreneurship (AfCE)

Throughout the 1920s, the London Underground map became increasingly hard to read. More lines had opened in the capital, and the geographical map - where the routes of the subterranean lines were overlaid onto the streets above - had become as overcrowded as a train at rush hour. The maps, as they always had been, were produced by the in-house map designer.

The London Underground needed a new way of doing things, but the solution to the map issue did not arise from the designer - or anyone else in the design department for that matter - but instead from Harry Beck; an electrical engineer. He realized that people used the map to navigate the underground, not the streets above, which ultimately meant that it did not have to be geographically precise. Taking his inspiration from an electrical circuit diagram, he produced a simple and effective concept that endures to this day.

As Beck demonstrates, inspiration can be drawn from anywhere - even the most unlikely sources. And, while dedicated innovation labs have been around for a century - famously giving companies like Coca-Cola and Microsoft the freedom to let employees explore and obtain new solutions - we now believe that the siloed innovation department is making way for a better route to invention.

An early example of Intrapreneurship

Up to 90 per cent of innovation initiatives fail, partly because the most groundbreaking ideas rarely stem from defined teams sitting in silos. Instead, real innovation is achieved when programs run alongside, and complement, other business disciplines. In the 1970s, sustainable business school founder Gifford Pinchot coined the term ‘intrapreneur’ for this concept. He defined intrapreneurs as “dreamers who do” and “employees who do for corporate innovation what an entrepreneur does for his or her start-up”.

Whilst Harry Beck may not have realized it, he is one of the earliest examples of an ‘intrapreneur’. And, although the potential of intrapreneurship has always been there, it’s only now that organizations worldwide are realizing that they can deliver real innovation by properly harnessing the entrepreneurial nous of their employees.

Through my own work instilling an intrapreneurial approach in organizations, it is clear that not only can this new way of idea generation benefit established businesses, it’s actually key to their survival. Richard Branson believes that the title of “intrapreneur” hasn’t received nearly the amount of recognition it deserves, and that sustainable business growth hinges on the work of these innovators within an organization, which drive new projects forward.

Mitigating risk through a sustainable approach

Whether you continue to perceive innovation as a siloed business strand, or are already embracing the intrapreneurship approach, your overall focus is likely to be similar: how do we reduce the risk inherent in being innovative?

We know that risk and innovation are mutually inclusive - one cannot occur without the other. However, there are ways to minimise this risk and, so, become more confident in your ability to innovate.

My best piece of advice is to take a venture capitalist portfolio approach to innovation projects. This is fairly simple to explain: even the most successful venture capitalist can’t predict which entrepreneur’s idea will become the next Google or the next Microsoft. So, they select the ideas and companies that appear to have the greatest potential for success, based on some very pragmatic criteria, and subsequently invests a modest amount of capital in each opportunity. The investor then watches each company and provides advice, connections and incremental funding - as they deem appropriate - before ultimately backing only the ones who are on track to succeed.

"Have a portfolio of opportunities and ideas, spread your bets, and then you’re more likely to find that one opportunity, which will more than cover the losses on those business concepts that didn’t pan out."

This model is based on the idea that out of investments in 20 fledgling ideas and companies, perhaps only one or two will ultimately become big successes. But, at this early stage, it is impossible to predict which ideas will triumph. It’s also an approach which is directly transferable to innovation schemes. Have a portfolio of opportunities and ideas, spread your bets, and then you’re more likely to find that one opportunity, which will more than cover the losses on those business concepts that didn’t pan out.

In this way, companies can encourage - rather than discourage - the seeds of innovation within their employees, and can nurture them without a big outlay of funding. It’s also a powerful way of de-risking innovation strategies.

Where ideas go to die

For us, intrapreneurship isn’t an ethereal concept, simply based on blue-sky thinking or brainstorming that asserts ‘any idea is a good idea’. Perhaps - paradoxically - it’s based on a fairly rigid process. This means that it is replicable, and that any business can take advantage of the four key phases: Ideation, Discovery, Incubation and Launch. Each step is methodical and comprehensive and provides a blueprint for turning ideas and concepts into a reality.

Ideation is the starting point; the process of zooming in on the right ideas and people. As well as assessing the processes and functions most ripe for innovation, at this stage, companies must quickly learn that not everyone is cut out for intrapeneurship. Indeed, teams can fail if they are not made up of committed and passionate individuals who have the right personality for entrepreneurship.

During the Discovery Phase, organizations have the opportunity to practice entrepreneurial skills and hone their mindset, whilst learning how to invest in innovation. Incubation shows teams how to use Agile Sprint methodologies to build and invest in the best growth projects, whilst establishing innovation frameworks.

Finally, teams will embark on the Launch of a pilot, where the organization capitalizes on the work it has done and is able to ensure return on investment. However, there is an expansive gulf between the ideation stage and incubation phase. At AfCE, we call it the ‘valley of death’ - where good ideas ultimately go to die.

I can tell you plenty of innovation success stories, where we’ve worked to help companies build teams of prosperous intrapreneurs. For example, German pharma giant Bayer is committed to invention but operates within the strict parameters of stringent regulation. Its workforce self-categorises as prudent, analytical and even risk-averse but was able to create a structure that institutionalised innovation by following our staged approach to intrapreneurship.

For the past four years, we have helped to envision, create and scale Employee Innovation at Bayer through Intrapreneurship programs. Bayer created an innovation ecosystem, in which every employee can have access to innovation resources and help to find solutions that make the lives of their customers better. Be it through their innovation platform WeSolve Hub, reaching more than 40.000 employees, through one of their 1000+ innovation coaches in more than 70 countries, via their 7 LifeHubs, or with our Lean start-up-based Innovation Program dubbed Catalyst Fund, through which 75 projects were supported of which 6 have launched till date and a further 11 are underway with a total annual revenue potential way beyond EUR 1bn. If you are interested, find more details in our Harvard Business Review Article on how to foster employee innovation in a 150 year old company.

However, the wider market is less optimistic. The vast majority of innovation projects still end in failure, never seeing the light of day or generating any benefit for the company. The right intentions are there, but the fundamental mistake is in structuring these innovation processes in the wrong way. There are a number of pitfalls to avoid, many of which are straightforward and achievable.

“How do we get our employees to come up with more ideas?” is a question I regularly hear from business leaders. It is certainly an important question to explore, because, as we see above, the more ideas we generate within our organizations, the better the chance that we will find good ones. However, it’s also a big mistake to prioritize ideas over people.

"... no successful idea has ever gone to market unchanged from its original concept."

Most efforts are too concerned with trying to pick a winning idea from day one, which is in itself fundamentally flawed, as no successful idea has ever gone to market unchanged from its original concept. Indeed, as put by Reid Hoffman, the founder of LinkedIn, if you are not embarrassed by the first version of your product, you’ve left it too late. Instead it’s how a team works together to solve a problem which is crucial to success. We know that selecting the right team can make a 30-40 percent difference in the performance of a program. Seniority doesn’t have to matter either.

For us, it’s resilience which is perhaps the most important attribute, along with willingness to be proven wrong by their customers and a tenacity to try again until they succeed.

A further problem is when companies ignore the evidence in front of them. Being innovative means you’ll have to hear hard truths. Think of that teacher you hated at school - the one who didn’t pull any punches when it came to criticism, but always ended up giving sage advice. That’s the sort of counsel you need from intrapreneurship mentors, and it’s here where external parties can help; those who are not affected by the politics within an organization.

Too many programs refrain from leveraging external expert mentors who can transfer the entrepreneurial skills and mindset to intrapreneurs. Instead, they rely on internal senior leaders or business unit ‘experts’ to give advice, despite their lack of experience with launching a start-up idea from scratch.

Turning ideation into organic growth requires a solid understanding of how to identify, nurture and manage the intrapreneurial spirit that already exists within an organization. It also means not always starting from a blank page – you can legitimately revisit or reboot previous projects, take a look at what’s succeeded (or failed) in the past, and use the team’s pre-existing knowledge.

Indeed, if innovation is king, then we believe that intrapreneurship schemes are the kingmakers. Our customer, Bayer, tells us that it values its program as a strategic priority - recognizing its significant potential to unlock value in several ongoing projects.

Moreover, listening to your brightest people is vital. When you don’t, projects fail. For example, in 1975, a 24 year old engineer named Steven Sasson invented digital photography while working at Eastman Kodak by creating the world’s first digital camera. Kodak, on the other hand, wasn’t overly enthusiastic about this industry-changing breakthrough.

Sasson presented the new technology to a number of Kodak executives, but they couldn’t envisage digital photography’s potential. This was their reaction, as told by Sasson in the New York Times:

At the time, Kodak was the dominant brand in the US photo industry, and it didn’t want to cannibalize its film businesses. Kodak eventually did make the big switch to digital - a mere 18 years later -and we all know how that story ended…

Does your organization need help with intrapreneurship? 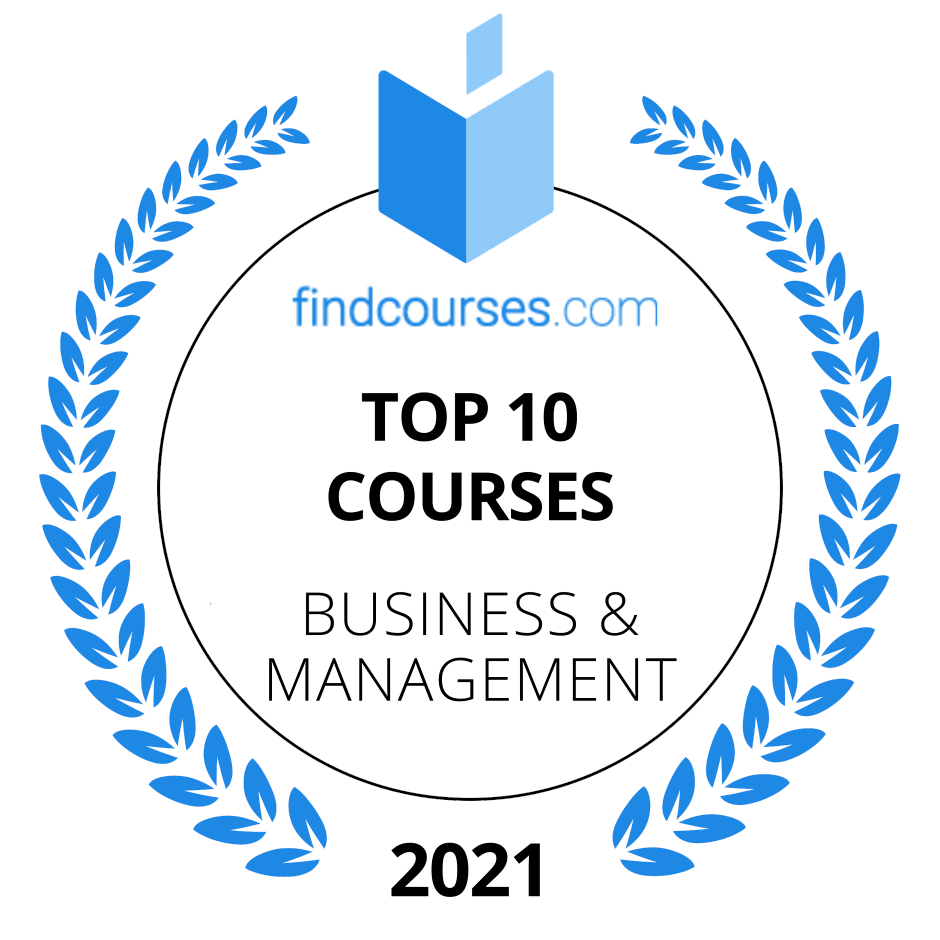